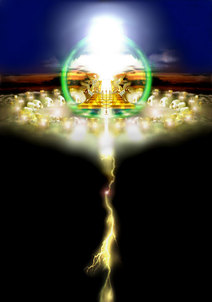 For the LORD thy God [is] a consuming fire, [even] a jealous God. KJV Deuteronomy 4:24

For the LORD your God is God of gods and Lord of lords, the great God, mighty and awesome, who shows no partiality nor takes a bribe. NKJV Deuteronomy 10:17

… God is our refuge and strength, an ever-present help in trouble. Therefore we will not fear, though the earth give way and the mountains fall into the heart of the sea, NKJV Psalms 46:1-2

And the LORD passed before him and proclaimed, "The LORD, the LORD God, merciful and gracious, longsuffering, and abounding in goodness and truth, keeping mercy for thousands, forgiving iniquity and transgression and sin, by no means clearing the guilty, visiting the iniquity of the fathers upon the children and the children's children to the third and the fourth generation. NKJV Exodus 34:6-7

The soul who sins shall die. The son shall not bear the guilt of the father, nor the father bear the guilt of the son. The righteousness of the righteous shall be upon himself, and the wickedness of the wicked shall be upon himself. But if a wicked man turns from all his sins which he has committed, keeps all My statutes, and does what is lawful and right, he shall surely live; he shall not die. None of the transgressions which he has committed shall be remembered against him; because of the righteousness which he has done, he shall live. NKJV Ezekiel 18:20-22

Do you think, asks the Sovereign LORD, that I like to see wicked people die? Of course not! I only want them to turn from their wicked ways and live. However, if righteous people turn to sinful ways and start acting like other sinners, should they be allowed to live? No, of course not! All their previous goodness will be forgotten, and they will die for their sins. NLT Ezekiel 18:23-24
Did you know that believeing in God will not save you?  Even the demons believe in God.  You have to believe God, that means trust that what He says is the truth.  If you trust Him you will live like you believe what He says.  That is living by "faith".  We are saved by "faith".

Hear, O Israel! The LORD is our God, the LORD is one! NASB Deuteronomy 6:4

And Jesus, when he was baptized, went up straightway out of the water: and, lo, the heavens were opened unto him, and he saw the Spirit of God descending like a dove, and lighting upon him: And lo a voice from heaven, saying, This is my beloved Son, in whom I am well pleased. NASB Matthew 3:16-17

Then God said, "Let Us make man in Our image, according to Our likeness; and let them rule over the fish of the sea and over the birds of the sky and over the cattle and over all the earth, and over every creeping thing that creeps on the earth." NASB Genesis 1:26

For there are three that bear record in heaven, the Father, the Word, and the Holy Ghost: and these three are one. And there are three that bear witness in earth, the spirit, and the water, and the blood: and these three agree in one. KJV 1 John 5:7-8
Many have an issue with the trinity, after all Deuteronomy says that the Lord is one.  So how could God be made up of three parts?  On both sides of this discussion people agree that God is not someone we can fully comprehend.  After all his ways are far above our ways and his thoughts are far above our thoughts.  That being said, Jesus does make claims to be equal with God and the bible makes references of the Holy Spirit being God.  Most people won't dispute that the Father is God but some will say that Jesus is the Father.  You can see how all of this gets confusing.  The first thing to address is the defintion of "one".

Definition of ONE adjective
1 : being a single unit or thing <one day at a time>
2 a : being one in particular <early one morning> b : being preeminently what is indicated <one fine person>
3 a : being the same in kind or quality <both of one species> b (1) : constituting a unified entity of two or more components <the combined elements form one substance> (2) : being in agreement or union <am one with you on this>
4 a : some 1 <will see you again one day> b : being a certain individual specified by name <one John Doe made a speech>
5 : only 2a <the one person she wanted to marry>

Definition of ONE noun
1 — see number table
2 : the number denoting unity
3 a : the first in a set or series —often used with an attributive noun <day one> b : an article of clothing of a size designated one <wears a one>
4 : a single person or thing <has the one but needs the other>
5 : a one-dollar bill
— at one : at harmony : in a state of agreement
— for one : as one example <I for one disagree>

Definition of ONE pronoun
1 : a certain indefinitely indicated person or thing <saw one of his friends>
2 a : an individual of a vaguely indicated group : anyone at all <one never knows> b —used as a third person substitute for a first person pronoun <I'd like to read more but one doesn't have the time>
3 : a single instance of a specified action <felt like belting him one — John Casey>

"One" can mean an individual or it can mean unity (at harmony; in a state of agreement)
The word used for God in Deuerronomy 6:4 is a plural word.  Meaning it implies more than a simple individual.
Strong's H430 - 'elohiym
Part of Speech - masculine noun
1) (plural)
a) rulers, judges
b) divine ones
c) angels
d) gods
2) (plural intensive - singular meaning)
a) god, goddess
b) godlike one
c) works or special possessions of God
d) the (true) God
e) God
Another way I have heard the trinity explained is like a company.  The company (God) has three members the Father, the Son and the Holy Spirit.  Each member is an individual but together they make up the company. Also math has been used to explain the trinity; humans are like addition 1 + 1 + 1 = 3, but God is like multiplication 1 x 1 x 1 = 1.
Any example is going to come up short on explaining God.  For there is nothing that is the same as God.  I have heard that man is close because God himself made us to be in his likeness.  Some have said that man is made up of three parts.  Flesh, soul and spirit.  Or you could look at the family unit.  Family has a father, a mother and a child. Together they make one family.  Like I said all of these fall short of explaining God.  The best we have to show us God is looking at Jesus for the answers. 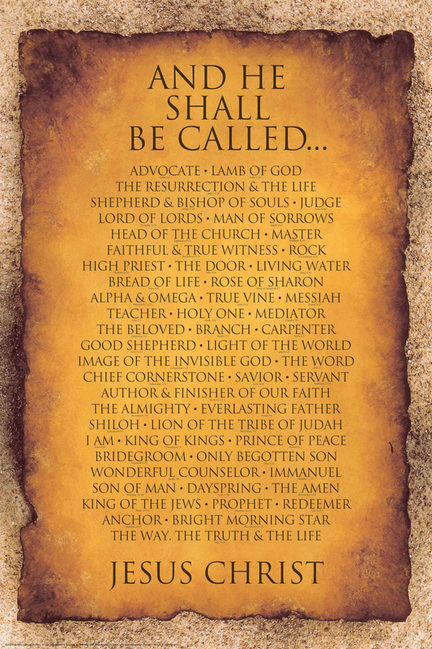